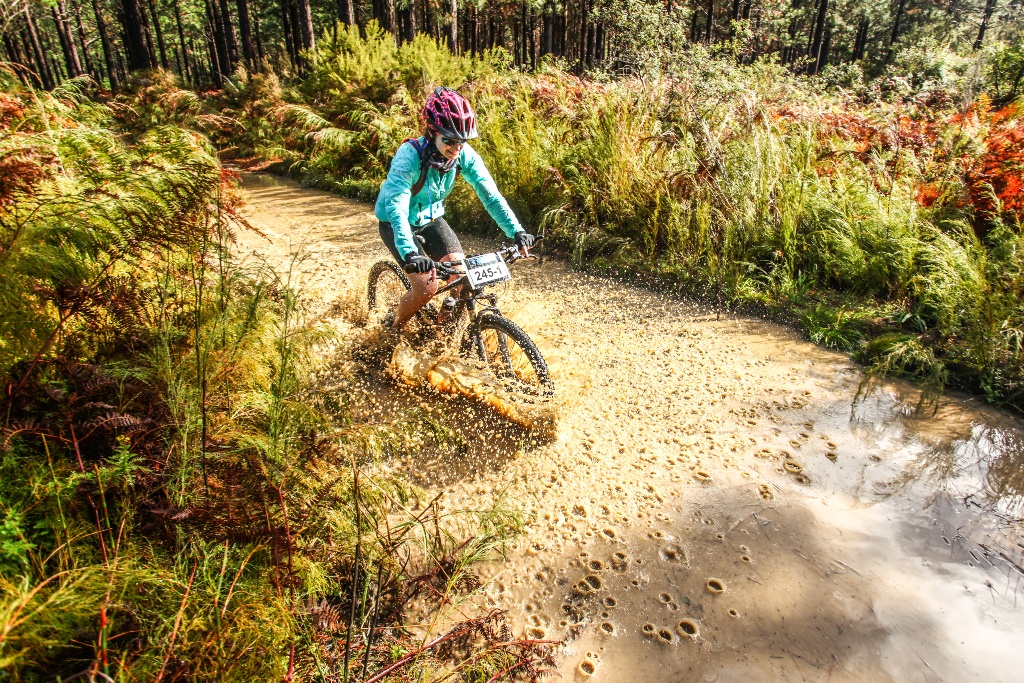 Waking up at 3am to the sound of the rain beating down on the tin roofs of the Tsitsikamma Village Inn it was apparent that the day would be a wet one. By 07:30 the decision was made to delay the start by half an hour to allow the worst of the rain to pass by and while the sun came out for long periods during the stage it still proved to be a trial by mud.

The 43km long stage proved to be slower than expected because of the mud, which held back wheels and made momentum hard to come by. But there’s also something inherently thrilling about riding in mud, it makes even the most mundane jeep track an adventure. So with virtually every kilometre of the course layered in mud the day proved an adventure of note.

Quick update from Sarah Hill of @GiantRSA/Liv on Stage 2 of the @GlacierBySanlam #StormsRiverTraverse. We'll update you on the @Strava race. pic.twitter.com/By4y2tDXWf

The momentum sapping mud did mean that it was hard to hit the main challenge of the day, the kilometre long 16% gradient climb, from the Storms River Mouth to the plateau above, with any energy. The Liv/Giant team of Sarah Hill and Gavin Salt saved themselves for the climb though as Sarah had targeted the Strava QOM. And she duly delivered racing up the climb which gains 164m in a new record time of 8 minutes and 55 seconds. Only Eugene Kemp on his E-Bike could beat Sarah’s time with the fastest man, Wynand Louw, managing to complete the climb in 9 minutes and 42 seconds. 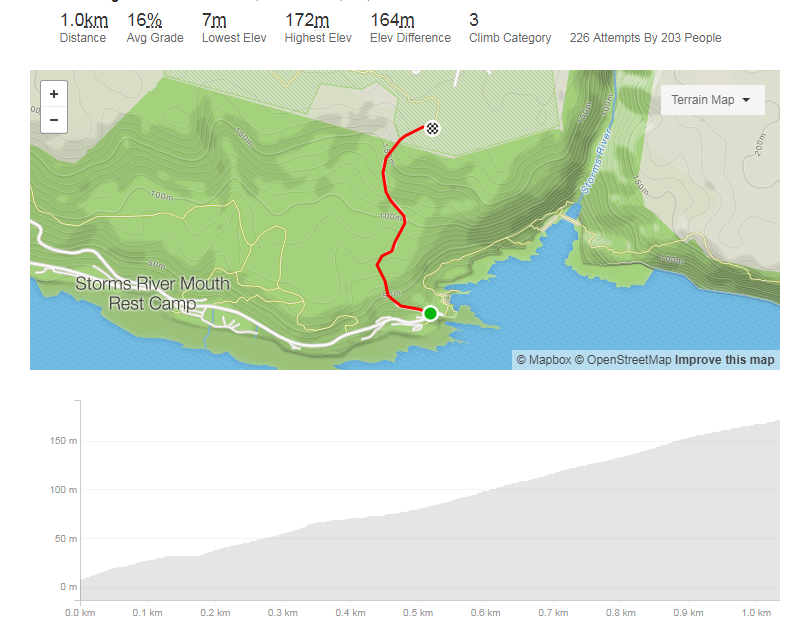 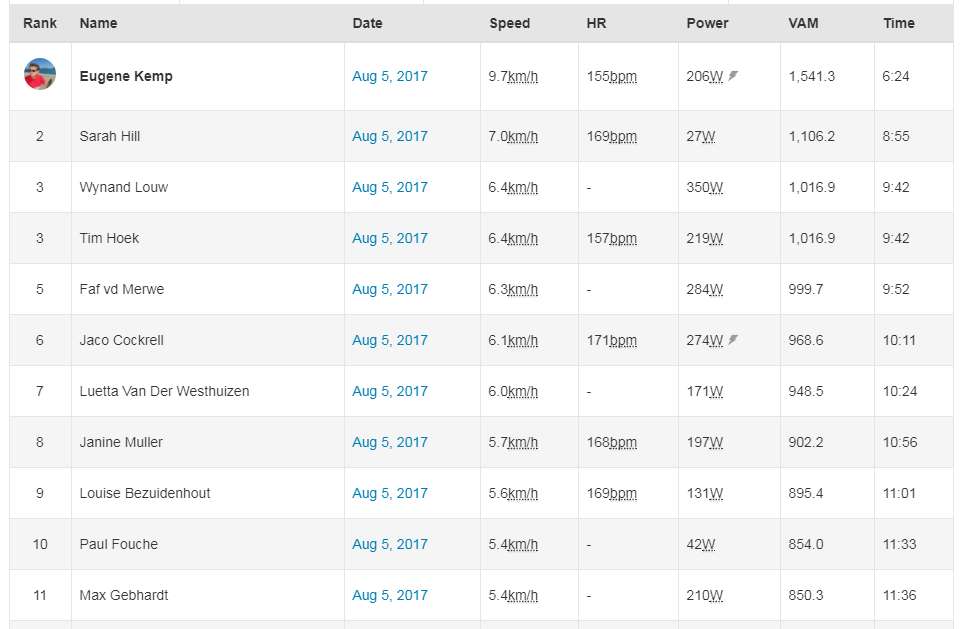 Yolande de Villiers was once again the fastest rider on the entire route though, completing the stage in 1 hour, 52 minutes and 59 seconds for her second stage win of the 2017 Glacier Storms River Traverse. To view all the results from Stage 2 click here.

The third and final stage of the 2017 race will be a shortened version of the scheduled first stage. With seven kilometres redacted from the initially proposed route, due to fire damage in the MTO plantations, it will now be a 55km long.